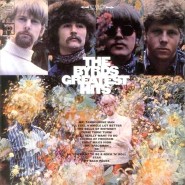 In today’s world, music discovery is a breeze. You hear something, maybe on the soundtrack to a favorite TV show, and odds are you can immediately sample it on YouTube, Spotify or Apple Music. Maybe you hop over to Allmusic or Wikipedia to read about the artist and, if so desired, follow the links to acts that influenced him or her and that, in turn, he or she may have inspired. And for anyone who belongs to a subscription service, which seems to be more people every month, you generally have their entire catalogs at your fingertips to explore at once.

In the abstract, it sounds great. In practice, however, I’m not sure it’s a good thing. It seems to guarantee many artists will be written off simply because listeners aren’t ready for them. Years long ago, just as now, Act A led to acts B, C, D and E, but the process played out over a period of time. The upside: You gradually became acclimated to the stylistic differences between acts A and E through repeated playings of B, C and D. (A and E are both vowels, but they don’t sound the same. That’s my point.)

Anyway, I mentioned two posts back that, of late, I’ve been enjoying the high-res fidelity of Emmylou Harris’ Elite Hotel. I first bought it and Emmy’s Pieces of the Sky (on a 2-for-1 cassette) on the same March day in 1985, a few weeks after picking up Ballad of Sally Rose on vinyl. It was the culmination of what, in retrospect, was a trek that began in 1980, when I was 15, with the purchase of the Byrds’ Greatest Hits LP. If the journey had been condensed into a few weeks or months, I doubt I would have been ready for Emmy’s crystalline take on country music. That first listen of Sally Rose made me want to explore her oeuvre; and after checking into her Elite Hotel, well, that was that. I’ve been a fan ever since.

The Byrds’ Greatest Hits —> the Byrds’ Younger Than Yesterday, which – thanks to Chris Hillman – had several country-flavored songs —> the Byrds’ hardcore country Sweetheart of the Rodeo LP, purchased used because it was out-of-print at the time —> Gram Parsons’ G.P. and Grievous Angel, both of with feature Emmy on vocals —> Emmylou.

(It goes without saying, but I’ll say it, anyway: the Byrds’ Greatest Hits also led me to Bob Dylan and the Flying Burrito Brothers. Those are Top 5s for another day, however.)

4) Gram Parsons with Emmylou Harris – “That’s All It Took.”