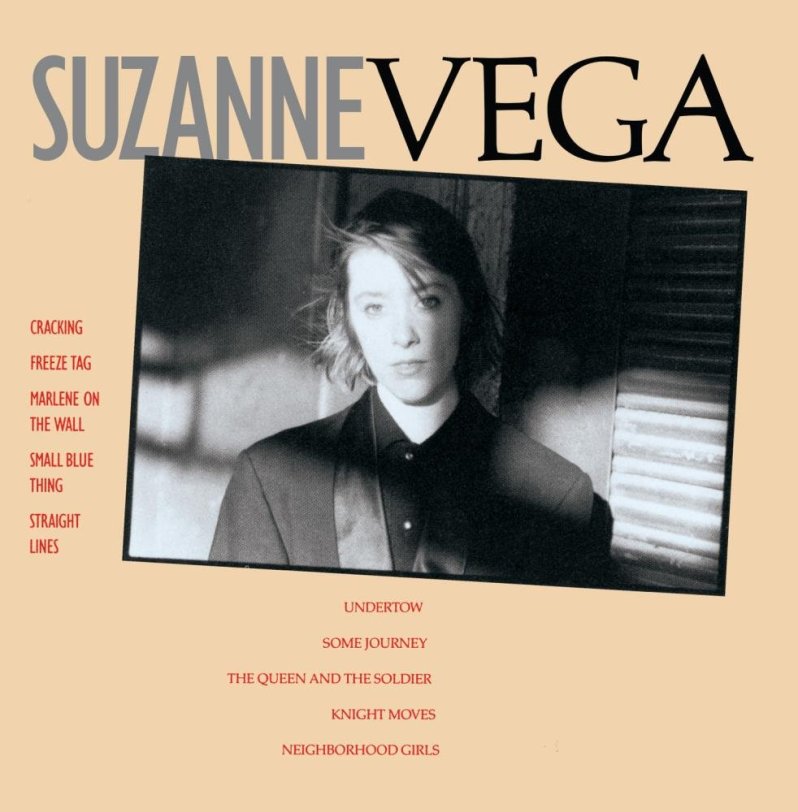 Earlier this week I found myself glued to an episode of CNN’s The Eighties. For those unaware of the historical documentary series about the 1980s, each installment surveys one topic. The first episode, for example, is titled Raised on Television and navigates the decade’s TV landscape; the second episode, The Reagan Revolution, recalls Ronald Reagan’s presidency. The episode I caught, titled Video Killed the Radio Star (after the Buggles song), dove deep into the era’s music.

The hour-long survey, which is probably closer to 40 minutes once the commercials are stripped out, nailed most of the decade’s most important events and artists. MTV. Duran Duran. The Go-Go’s. Thriller. Born in the USA. Madonna. Purple Rain. Live Aid. The Bangles. College rock (though I don’t think they used that term). Hip-hop. U2. Heavy metal. The PMRC. But a few important developments and artists were missed.

The resurgence of folk-flavored music in the latter part of the decade was one.

In retrospect, the Fast Folk anthology/magazine series set the stage and gave a platform to many up-and-coming singer-songwriters, even if most music fans never heard of it. (I did due to spinning folk records on Penn State’s student-run radio station at the time, WPSU.) Of the new artists it featured, perhaps the most important was Suzanne Vega, whose self-titled 1985 solo debut was and remains a landmark album. Although it sold modestly, it demonstrated that there was a market for literate lyrics coupled to stirring melodies.

One highlight: “Marlene on the Wall.” (To quote my wife just now, “I love this song.”)

Vega’s 1987 sophomore set, Solitude Standing, equaled the debut in artistic quality and did even better sales-wise, with the single “Luka” surprisingly making it to No. 3 on the pop charts. A few months later, the folk-rock sounds of 10,000 Maniacs bubbled to the fore: “Peace Train,” “Like the Weather” and “What’s the Matter Here?” from In My Tribe all found a home on MTV and college-rock radio. A year later, Tracy Chapman’s brilliant debut smashed even more barriers. In time, the Indigo Girls, Shawn Colvin and dozens of others followed. I’m leaving many artists out of the mix, obviously. The “folkabilly” stylings of Nanci Griffith predated Vega’s urban-centric debut, and are – artistically – as important. Later in the decade, James McMurtry gave a new face to Texas troubadours; and, somewhere in there, the Washington Squares put a delightful ‘80s spin on folk trios.

But Vega’s 1985 debut was the foot-in-the-door for all of the folk-flavored artists who followed. In a better world, it would be as celebrated as, say, Madonna’s Borderline or U2’s Boy, as – like those albums – it helped shift the established musical paradigm. Her lyrics are true poems set to song, forever eschewing generalities for specifics, and her melodies mesmerize.

Going back to my radio days: I often played two back-to-back tracks on this album for no other reason than they were among my favorites of the time: “Some Journey” and “The Queen and the Soldier.” Like many of her songs, they are simultaneously passionate and dispassionate. They’re true works of art.

Another highlight hints at the rhythmic wonders Vega would more fully explore in 99.9F°: “Neighborhood Girls.”

Few works of art, in and of themselves, upend the established order of things. They are part and parcel of a larger scene, and it’s that totality that overthrows the status quo and ushers in a new age. So, rather than share a hyperbolic claim about its importance, I’ll say that Suzanne Vega’s solo debut helped re-focus the landscape away from synth-driven dirges and ponderous power ballads and to the power inherent in quiet tunes. It, along with Solitude Standing, In My Tribe and Tracy Chapman’s debut, paved the way for the generations of folk-flavored singer-songwriters since.

If you’ve never heard it, seek it out. And if you have? Play it again.