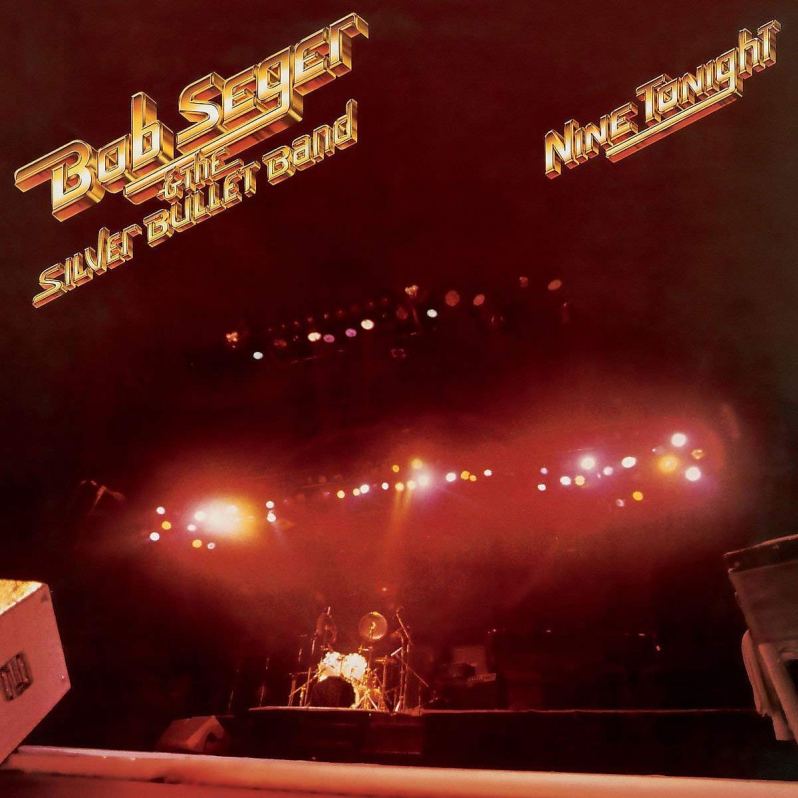 The live album has served many purposes through the decades, from contractual cash-out to concert souvenir to career summary to artistic statement – and every combination therein. They were commonplace in the pre-Internet age; name the artist or band and the odds are good that, at some point, a live double- or triple-LP of theirs collected dust in the record bins. With few notable exceptions, they primarily sold to existing fans.

One exception: Live Bullet by Bob Seger & the Silver Bullet Band, which was released in April 1976. Recorded over two nights at Detroit’s Cobo Hall in September ’75, it captures Seger reaching for the stars he’s not quite sure he’ll ever touch. It’s a tremendous set, punctuated by the “Traveling Man”-“Beautiful Loser” medley and the road-weary “Turn the Page,” but also features a litany of killer cuts, including “Heavy Music” and “Lookin’ Back.” (For more, including Seger’s reluctance to release it, see this overview from my favorite Bob Seger site, The Seger File.)

Most everyone reading this should know the story of Seger’s career trajectory, as it’s become a thing of rock ‘n’ roll lore, so I’ll be brief in summarizing it for those few who don’t: After a decade-plus of making great rock ’n’ roll, Seger was little known beyond his native Michigan. As one story goes, at some point in mid-’76 he played before 50 or so fans in Chicago only to, three days later, co-headline a sold-out show at the Pontiac Stadium, which held 76,000. Live Bullet began to broaden his stature, however; and Night Moves, released a mere six months later, assured his transition from hometown hero to national headliner.

Recorded five years later in Detroit and Boston, and released a year later in September 1981, Nine Tonight is everything Live Bullet wasn’t: The desperation and urgency that accented the older recording are replaced by confidence (but not swagger). Every song, save for “Betty Lou’s Gettin’ Out Tonight” and the closing “Let It Rock,” was or is an AOR or classic-rock staple, and all but three hail from the classic Night Moves, Stranger in Town and Against the Wind albums. It’s a concert souvenir, career summary and artistic statement rolled into one.

The set opens with “Nine Tonight,” an Against the Wind castoff that found a home on the Urban Cowboy soundtrack.

An old Memphis song, “Tryin’ to Live My Life Without You,” follows, and is another highlight. (The first single from the double-LP set, it peaked at No. 5 on the Billboard charts; the original 1972 rendition by Otis Clay stalled at No. 102.)

Back in the day, I purchased the double-LP set not long after its release. I was 16. The glossy and smooth jacket felt good to the touch, and I liked the way the gatefold contained concert shots. The songs themselves played just as they did on my Night Moves, Stranger in Town and Against the Wind LPs, but were accented by applause; in many respects, I heard it then (and now) as a live best-of. Another reason I liked it: It’s all Silver Bullet Band. As (most) Seger fans know, the studio albums generally featured the Muscle Shoals Rhythm Section on half the tracks.

I should mention that “classic rock” had yet to become a thing, as AOR was still king, but divisions – at least amongst my contemporaries – were beginning to take shape. I remember a few friends making faces when they learned I was enamored with the album. Seger was considered the old guard – understandable, to an extent, as he was in his mid-30s.

But what’s not to love about “Hollywood Nights”?

Through the years, Nine Tonight has become one of my favorite albums to play in the car. It’s perfectly paced, and the songs transcend time and place, reminding me of years long ago while simultaneously speaking to me in the present. Who among us, for example, hasn’t felt like a number?

Another highlight: “Rock and Roll Never Forgets”: “All of Chuck’s children are out there playing his licks…”

But that leads into the only negative about the set: the closing cover of Chuck Berry’s “Let It Rock.” When the double-LP first made the jump to CD in the 1990s, the combined length of the two LPs wouldn’t fit onto one 74-minute CD…so they edited four minutes from “Let It Rock.” Here’s the original track (encoded from a cassette) and paired, in part, with footage from another concert:

Rather than restore “Let It Rock” to its original length for the remastered release in 2011, when CDs could fit 80 minutes, they added a bonus song: the live version of “Brave Strangers” that first appeared as the b-side of the “Tryin’ to Live My Life Without You” 45. A welcome addition, to be sure, but I’d rather they’d have turned the set into a two-CD affair so that both were included. (That said, from a sales perspective, it was probably a smart move.)

Next time you’re driving (or, for that matter, stuck in traffic), give Nine Tonight a listen. It’s not as great a set as Live Bullet, but packs a punch nonetheless. When times are tough, when your ship of life sails into rough seas, the music will see you through until calm waters are reached. Guaranteed. 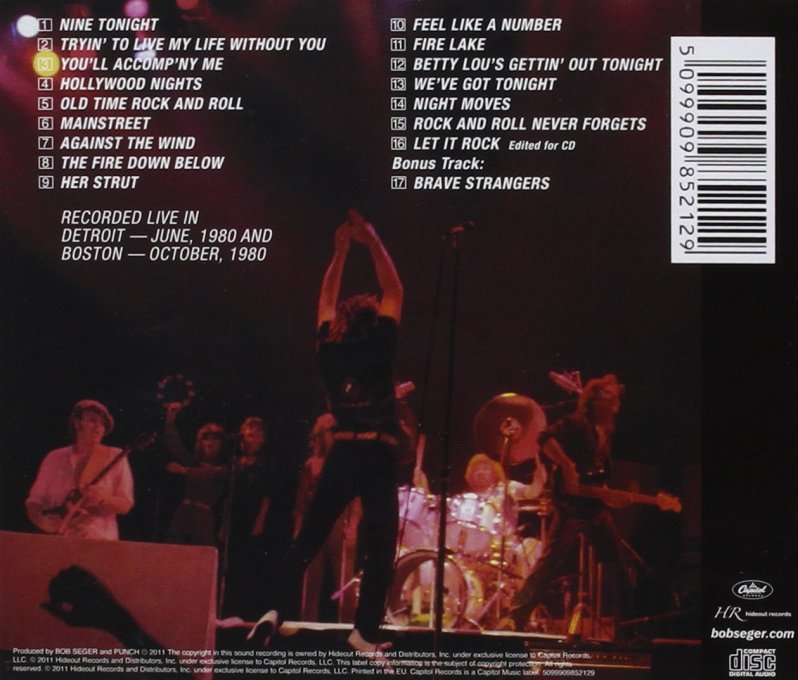