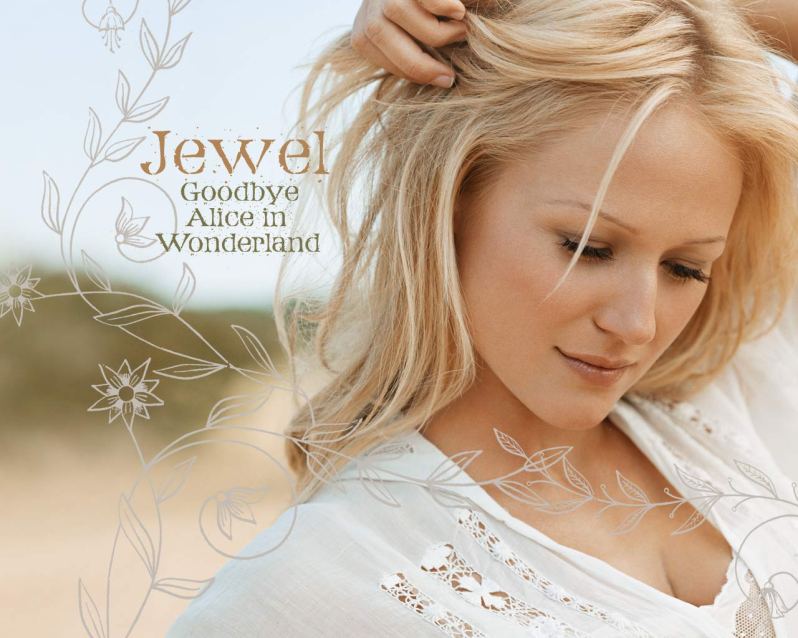 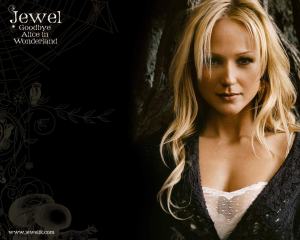 Singer-songwriter Jewel Kilcher first turned my ear in the mid-‘90s due to her debut album’s one-degree-of-separation from Neil Young. For those who don’t pay attention to liner notes and credits: It was produced by pedal steel guitarist Ben Keith and featured his compadres in the Stray Gators, one of Neil’s many backing bands, on tracks recorded at Neil’s Broken Arrow Ranch. Other songs were recorded live at a San Diego coffeehouse, as Jewel found singing to an audience preferable to singing to a blank studio wall.

Although inconsistent, that debut – Pieces of You – held much promise. The title cut and “Who Will Save Your Soul” are perhaps its best known songs, but “You Were Meant for Me” and “Foolish Game” were additional highlights. For my tastes, however, her 1998 follow-up, Spirit, was disappointing; I signed off soon thereafter, fickle fan that I sometimes am. Which makes my discovering Goodbye Alice in Wonderland, her sixth album, all the more remarkable. I ordered it from Amazon on August 22, 2007, a year and change removed from its May 2nd, 2006 release. Did I see her on TV? Hear one of the songs on the soundtrack of a TV show? Who knows?

Here she is on The Tonight Show Starring Jay Leno (in 2006) performing the album’s first track and first single, “Again and Again.” 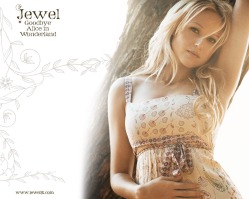 This, however, I can say with certainty: Goodbye Alice in Wonderland is a fantastic song cycle that features transferable insights into life and love, all while chronicling how her reach for the stars left her stuck inside “a rock and roll cliche.” “I hit the bottom when I reached the top,” she sings. Although Pieces of You was a mega-success, Spirit and the albums that followed didn’t sell as well, with each album doing slightly worse than what came before. And her move into pure pop with 0304 confounded those fans who’d stuck around.

Goodbye Alice in Wonderland is her coming to grips with all of that: “Fame is filled with spoiled children/They grow fat on fantasy/I guess that’s why I’m leaving/I crave reality.”

I should mention that there’s ample humor mixed in, a la Bob Dylan’s dream songs – though her vocals, aesthetically speaking, are easier on the ears. “Good Day” is one example…

…and “Stephenville, TX,” about swapping the star-making machinery of L.A. for an honest life in Texas is another.

Sales-wise, although it peaked at No. 8 on the Billboard charts, Goodbye Alice in Wonderland continued the dwindling sales trajectory of Jewel’s previous albums, and was her first to not go gold or platinum. Sales alone rarely signify an album’s greatness, however – that is only quantifiable by one’s soul. And on that scale, for me and my tastes, this set of songs is wondrous.

Give it a listen sometime. 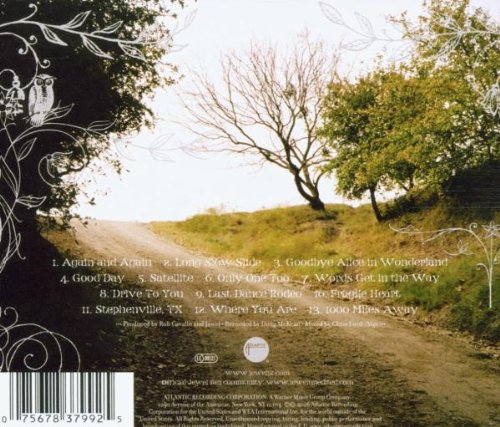