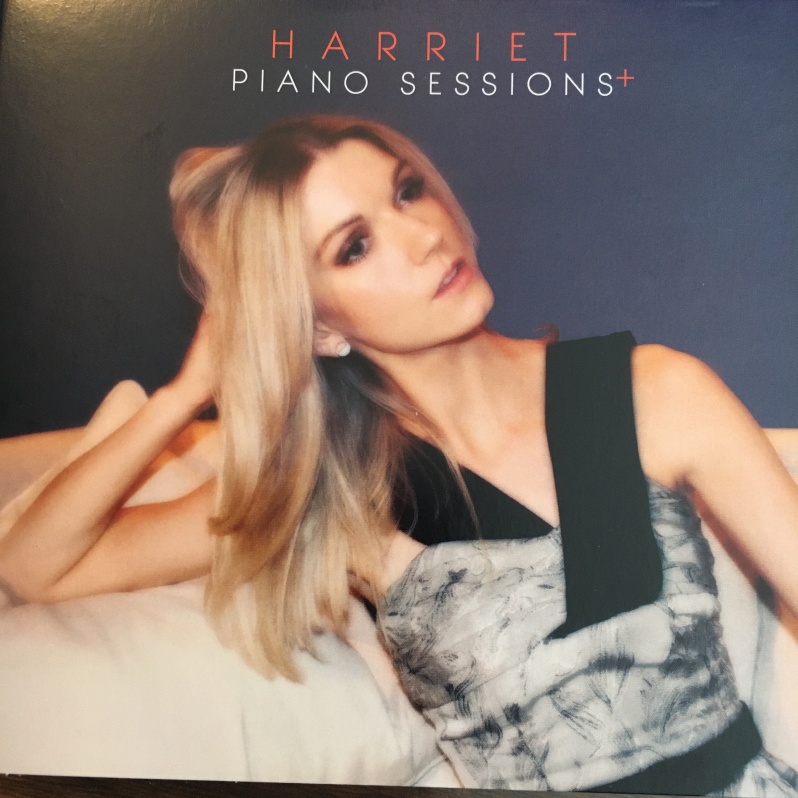 The dulcet tones of British singer-songwriter Harriet conjure the bygone era of mood rings, shag rugs and bell-bottom jeans, to say nothing of the adult contemporary songs that ruled the AM airwaves in the 1970s (in the U.S., at least) – think ONJ, the Carpenters, Carole King and Bread, among other MOR favorites. Her full-length debut from a few years back was an utter delight in that respect; about the only thing missing: wah-wah guitar effects.

One reason for the flashback sound is a factor beyond her control: her warm vocals, which echo Karen Carpenter’s not just in timbre, but inflections – the former a quirk of birth, with the latter probably learned through osmosis, as she was often rocked to sleep as a baby to the Carpenters’ music. Another reason: the songs. “Afterglow,” first heard on her full-length debut, is one example:

Released a few weeks back, Piano Sessions+ features nine songs stripped to their bare necessities: Harriet accompanied by pianist Scott Hayes. Some are covers, others – including “Afterglow” – reworked versions of her own tunes, and two are new. But that’s not all: Four unreleased demos are tacked on, too, including a cover of the Carpenters’ “Goodbye to Love.” Like many a great singer, she invests herself in the lyrics, and gives new life to well-worn songs. Gilbert O’Sullivan’s “Alone Again (Naturally)” is a great example:

The other chosen covers are likewise exquisite. I only wish she’d picked a Jackson Browne song, too – “Late for the Sky,” maybe, or “Love Needs a Heart.”

Of the Carpenters cover, she explained on Facebook that it is “something I’ve always been nervous about doing and have avoided, despite the Carpenters being so important to me. However, when [producer] Steve [Anderson] presented me with a new arrangement idea for “Goodbye To Love,” I agreed that we try it and at the end of another session we had, I recorded a quick vocal. After we finished recording, we never really spoke about it again and it’s not something that was ever meant to be heard by anyone but us. But when I started looking through old demos to include on this CD and considered the nature of this release, I thought now was the right time to share it.”

As a whole, the album – which is only available as a CD via Harriet’s website – is a trip into the ethos of music long past. It’s just a singer and her songs, in other words, soothing despite the tinges of sadness and regret that bubble to the fore. It’s a perfect diversion to the crazy times in which we now live.