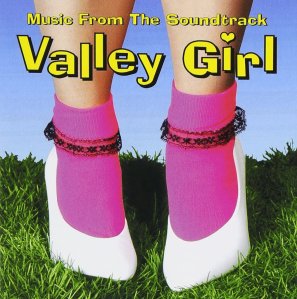 The 1983 movie Valley Girl is not a five- , four- or even three-star effort, yet it’s fun with a capital F. It ably captures the flavor of the early ’80s while unreeling a plot shared by many a teen flick: a girl (Deborah Foreman) falls for a guy (Nicholas Cage) from the wrong side of the tracks.

The DVD bonus features are cool, too. Nicholas Cage sits down with the film’s director, Martha Coolidge, for a fascinating conversation; and there’s a documentary that hones in on the acts whose music filled the totally tubular soundtrack. The singer from Modern English, for example, recalls how the band was playing to, at most, 200 indifferent club-going folks a night in England when “I Melt with You” – thanks to MTV – became a major hit in the States. They flew to Florida for their first gig (dressed for cold weather, no less), and found themselves playing to a crowd of 10,000 screaming fans who knew all the words to all their songs. 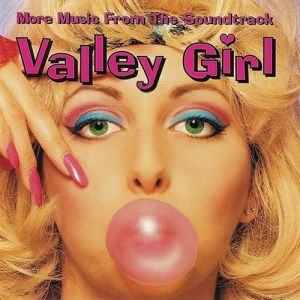 In addition to Modern English, that soundtrack included songs from the Plimsouls, Flirts, Josie Cotton and Bonnie Hayes. At the time, though, licensing issues prevented its release on vinyl – a real shame, as it likely would’ve helped some of them graduate from “struggling” to “successful.” It wasn’t until a decade later, in fact, that two CD collections “inspired” by the flick hit the store shelves. (Some of the songs weren’t in the movie, but are representative of the era.) So, for today’s Top 5: Music From Valley Girl. Some are true lost treasures.

1) Modern English – “I Melt With You.” I saw Modern English in May 1983, when they opened for Roxy Music at the Tower Theater. My main memory of their performance: kids spilling into the aisles to dance when they played this song.

2) The Plimsouls – “A Million Miles Away.” Never saw the Plimsouls, but I did catch Peter Case at Dobbs one very-late night in 1989 on his tour in support of his The Man with the Blue Post-Modern Fragmented Neo-Traditionalist Guitar album. Good show.

3) The Flirts – “Jukebox.” I have no memory of the Flirts, sad to say. Although they seem to be an ’80s incarnation of the Shangri-Las, the reality is a tad different: They were an invention of record producer Bobby “O” Orlando, who wrote and recorded the songs for an ever-rotating cast of girl singers.

4) Josie Cotton – “He Could Be the One.” The Dallas native is probably best known for the decidedly non-politically correct “Johnny Are You Queer,” which – like this song – was written by her boyfriend at the time, Larson Paine, and his brother Bobby.

5) Bonnie Hayes with the Wild Combo – “Girls Like Me.” A classic tune.