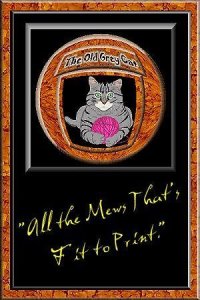 When the history of 2020 is written, what will be said? That Rolling Stone released a remastered rendition of its 500 Greatest Albums of All Time list? No, of course not – but it is a distraction from the machinations of the tinpot despot, so I’ll run with it.

For those counting at home, this Top 500 is the magazine’s third stab at an all-encompassing album countdown. It first released a Top 500 in 2003, which was slightly tweaked in 2005 for a book, and then substantially reworked in 2012. The lists received just criticism, however, due to the artists being predominately white, male and rock-oriented. Artists of color, for example, made up a little more than a fifth of the featured acts, while women were less than 10 percent. As a result, this time around, the editors started from scratch. The introduction notes that “tastes change, new genres emerge, the history of music keeps being rewritten” before explaining that Top 50 lists were solicited from “more than 300 artists, producers, critics, and music-industry figures.” The lists were tabulated and weighted, forming the basis for the 500, which was then kept in a mayonnaise jar on Funk and Wagnalls’ porch until September 22nd, when it was posted to the Web.

The main headline, I suppose, is that the list is indeed more diverse. Artists of color account for 33 percent of the 500, while women account for almost a fourth. (Note: my estimates are rough.) Also, Marvin Gaye’s What’s Going On is now No. 1, supplanting the Beatles’ Sgt. Pepper’s Lonely Hearts Club Band, which trips all the way out of the Top 20 to No. 24; it’s now deemed the third best Beatles album, behind Abbey Road (No. 5) and Revolver (No. 11). To my ears, What’s Going On is a vinyl paradox, forever timeless and timely; it’s never not relevant. I consider it one of the greatest albums of all time, so have no issues with its placement.

I also have no major issues with the overall order. These lists are not of “all time,” but of their time; they reflect the zeitgeist of the moment, and that moment is generally set by those younger than me. That said, the list is an ethnocentric enterprise, with its selections limited to albums that impacted U.S. music fans. For example, unless I missed one or both, the Jam and Paul Weller are MIA despite their success and influence in the U.K.; and the Stone Roses’ stellar debut, which routinely places at or near the top of U.K. best-album lists, ranks No. 319 here. The results also skew heavily towards Baby Boomer favorites, with 46 percent of the 500 hailing from the 1960s and ‘70s (less than in 2003, but still a lot), but that shouldn’t be a surprise – that’s when the album as an art form was at its zenith (now, too often, it’s little more than Spotify fodder). Also, I’d wager many of those polled first heard them (or songs from them) while driving with their parents, so there’s a nostalgia factor involved, too.

I do find the inclusion of recent albums to be annoying. As I explained in my post on NPR’s 150 Greatest Albums by Women list, the main reason for excluding a recent album is that “we don’t know whether it will, as most great albums do, grow stronger through the years or fall from favor.” It’s the difference between infatuation and love.

And with that, here’s today’s Top 5: Albums AWOL from Rolling Stone’s Top 500. They’re all past “essential” picks of mine; I’m listing them in alphabetical order. I should note that they hail from my personal Top 25 Albums off All Time list, where they share space with several hundred other albums. (As I joke somewhere, there are a lot of ties.) Also, they all hail from the 1980s, as the decade gets short-shrift in the countdown…

1) The Bangles – All Over the Place (1984). The Bangles rose from the ranks of the Paisley Underground to score some big hits by mid-decade, yet they’re routinely overlooked in these sorts of overviews. But, as their full-length debut ably demonstrates, they were nothing short of wondrous.

2) The Jam – Snap! (1983). I find the inclusion of compilations somewhat suspect on a list of all-time greatest albums, but if those are the rules of the road, then Snap! deserves inclusion. Simply put, it’s one of the greatest best-of compilations of all time.

3) Joan Jett & the Blackhearts – I Love Rock ’N Roll (1981). As I say in my recap, “The pages of history textbooks are filled will legions of folks who shaped the world, but – academia being what it is – many important people receive cursory mentions or none at all. Like Joan Jett.” In short, she turned the world on with her guitar.

4) The Long Ryders – State of Our Union (1985). The Long Ryders never got their just due in the U.S., yet are a crucial link in the Americana timeline, one bridge (of several) between Gram and Uncle Tupelo. As I note in my piece, this album “integrates rock ’n’ roll, R&B, country and folk into a tasty whole, contains glorious guitar work and incisive lyrics, and features melodies that burrow into the brain like a groundhog beneath a back deck.”

5) Suzanne Vega – Solitude Standing (1987). Tracy Chapman’s debut is rightfully in the Top 500, though arguably too low at No. 286, but the artists who set the stage for that album’s mega-success during the “hair metal late eighties” (as RS stereotypes it) aren’t included. Suzanne Vega’s first two LPs were integral albums that helped shape the soundscape of the mid- and late ‘80s. This, her sophomore set, reached No. 11 on the album charts; and the single “Luka” reached No. 3. It’s a perfect album.