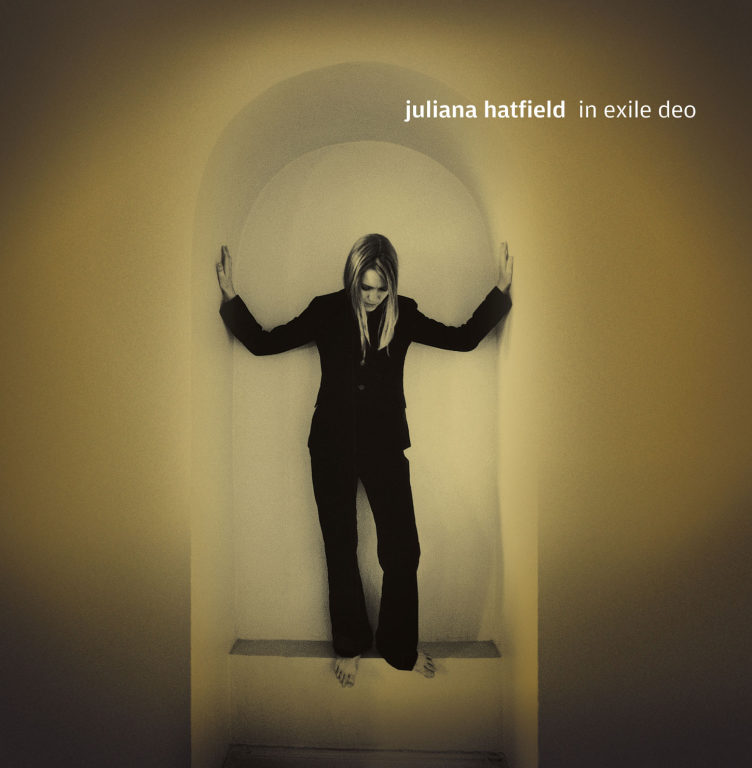 I don’t remember the first record I bought with my own money. Odds are it was a 45 due to simple economics – my $2 allowance only stretched so far. And if it was, it wasn’t anything hip or happenin’ for the time, the mid-‘70s, but likely something by Jan & Dean, who I discovered via WPEN-AM’s Saturday Night Oldies Show. As for albums – again, I can’t say for sure. I do remember becoming obsessed with all things Elvis Presley after his death, and riding my bike to the Montgomery Ward store in Upper Moreland to purchase cut-rate collections of the King’s cut-rate movie music.

Juliana Hatfield’s memory is likewise as faulty when it comes to her first foray into buying music. “It might have been Soap Opera by the Kinks,” she thinks, referring to the British rockers’ 1975 concept album. “I don’t remember the details, but I remember loving that album and listening to it tons and singing along with my best friend, Robin.”

Hatfield, of course, was an “It Girl” of early ‘90s alterna-rock, riding the indie wave to a major label. She scored minor hits with “Spin the Bottle” from 1993’s Become What You Are and “Universal Heartbeat” from 1995’s Only Everything, appeared on magazine covers, guest starred on My So-Called Life and, along with the Breeders and Belly (among others), made it cool for girls to rock out on electric guitar. It wasn’t a total love-fest, however. Only Everything didn’t perform up to expectations for a variety of reasons, and she butted heads with her label over its never-released follow-up, God’s Foot. As a result, she asked for and was granted a release from her contract, and returned to the indie life. “I don’t have any regrets,” she says of the decision.

I’m sure life would have been easier, financially speaking, if she’d worked out her differences with the label. But artistically? It’s hard to see how it could have been better. In the years since, she’s released a string of stellar EPs and albums, cementing her standing – among this fan, at least – as one of the best artists of her generation. I hear her akin to a distaff, more poppy Neil Young given that, early on, some considered her voice an acquired taste (Neil’s was “whiny”; hers “little-girlish”); she injects sly humor into some songs; and she follows her own muse, not the will of the marketplace or record executives. So the polished in exile deo (2004), home to the exquisite “Tourist” and “Sunshine,” is followed a year later by the ragged glory of Made in China, which echoes Young’s work with Crazy Horse on such cuts as “New Waif” and “Rats in the Attic.”

“I love Crazy Horse,” she says of the sonic similarities, “but I never set about to do anything in particular or to take from anywhere specific. I try to do my own thing and not let influences be consciously manifested or contemplated.”

She also published When I Grow Up in 2008. It’s a poignant memoir about her non-stereotypical rock ‘n’ roll life, the clinical depression that befell her at the height of her major-label success (she had to suspend her tour in support of Only Everything to seek professional help) and her battle with anorexia.

“I am kind of embarrassed [now] that I wrote about all that,” she confesses. “I always wanted to try and write a book, to see if it could be done, and I couldn’t think of a story idea, so I just wrote a tour diary, and then later I added the bits about things on the past, to give it some context.”

These days, she’s working on a new album – an all-covers project. ”We are starting from an acoustic guitar and vocals base and then adding on whatever each song seems to need,” she explains. “It’s like working backwards or top down. Usually I do the basic tracks first – bass, drums, an electric guitar, and then go from there. So it’s a mystery to me how it will all end up sounding.”

As with her last album (2011’s There’s Always Another Girl), the project is being financed by fans via Pledge Music. If you’re not familiar with the Web site, it’s a crowd-sourcing venue where independent acts can raise funds for recording projects and their favorite charities. People pledge money to support the production and, depending on the amount donated, can receive MP3 downloads of the finished songs, a CD of the same or more esoteric items – in Hatfield’s case, artwork, personal letters and “20 Questions” Q&As via e-mail (which I took advantage of; it’s where her quotes in this piece came from). Pledgers are also afforded inside snippets of the recording process, such as videos and songs-in-progress. Already we’ve heard her take on Bad Company’s “Ready for Love,” which sounded ready for release (and damn good).

In this ever-increasingly cynical age, it’s become commonplace in the political sphere to call into question the motives of those we disagree with, to belittle and besmirch them, to label them socialists, fascists or, if we’re in a generous mood, just plain ignorant. Differences of opinion are never just that. Within the world of music, similar strands of ugliness have existed since Day One. Certain acts aren’t cool, specific types of music too this, too that. So it made me smile when Hatfield admitted (after I asked) that she’d contemplated covering someone who many would consider “uncool”: Olivia Newton-John, whose music we both enjoyed as kids.

“Nothing feels authentic when I try to do it,” she says. “She had such a sweet voice and personality, and could bring to life songs that I wouldn’t be able to.” (She also observed, and it’s true, that “some of her songs are really goofy.”) I think she underestimates her own voice. If Paul Westerberg can cover the Monkees’ “Daydream Believer,” as he did in concert in 1994, then she definitely could tackle “A Little More Love.”

Regardless, whether a longtime fan or a newcomer, check out Hatfield’s latest project. And if you decide it’s not for you, hey, that’s cool. Maybe you’ll stumble across someone else on the Pledge site you’d like to support.