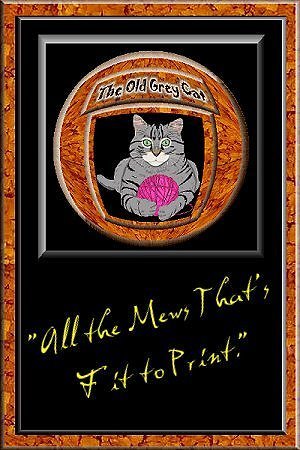 “Album of the Year” is an honorific I’ve bestowed on one album (sometimes two) every year since beginning my journey into music fandom. I started the practice one late-December evening in 1978, when I was 13, on a piece of looseleaf paper, selecting my favorite LP from the dozen or so LPs I owned. In time, I transferred the list to typing paper, entered it into our first computer, saved it to a floppy disc and, in the late 2000s, moved it to an external hard drive. I now have it stored in the Cloud along with all my Pages documents.

And, for the longest time, that’s all it was – a list that I returned to every year to add another line. Even when we had our Old Grey Cat website in the late ‘90s and early ‘00s, I never wrote year-end summations of my favorites – I was too busy critiquing Neil Young bootlegs. It wasn’t until 2008 on Facebook that I posted my top picks for the year; and, on and off over the next few years, I followed with missives until launching this blog on the Hatboro-Horsham Patch in 2012. (I’ve since moved to wordpress.com, obviously.)

I think I best explained the way I go about it in this 2010 post: “The candidates are drawn from what I’ve purchased, so the pool is decidedly limited in comparison to, say, what the writers at Rolling Stone or Allmusic.com are exposed to. Some years I buy a lot and some years not, primarily due to my listening habits – I play albums I love over and over and over until they become one with my subconscious (obsession, not variety, is my spice of life). So the more I like certain albums, the less overall I hear.” (I added this addendum at this year’s soiree: “The explosion of streaming music has caused the need to spend money moot, but time is the new currency. And few of us have a lot of that to spend.”)

That’s not to say that I still feel the same about each of my past selections as I did when I picked them. I was (and am) a major McCartney fan, but London Town and Back to the Egg weren’t his best, let alone the best of their respective years. I know that now, but at the time…I was a kid on a limited budget. More recently, I’d flip my top two picks in both 2010 and 2012 – in 2010, as I wrote at the time, I relegated Rumer’s Seasons of My Soul (one of my all-time favorites) to the second slot because it hadn’t been officially released in the U.S.; and, in 2012, I was simply smitten with Susanna Hoff’s perfect solo effort, Someday – I still am, but Neil’s Psychedelic Pill has received more play in the years since, as I explained in a 2014 rumination I titled On Albums of the Year & the Pono Player.

But, in a way, that’s beside the point. The list, as I see it, is less a critical exercise and more a reflection of the evolution (or lack thereof) of my musical tastes. Where possible, I’ve linked to past blog posts about each of the albums or artists.