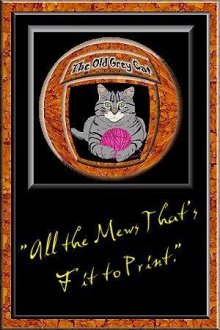 On July 12, 2014, aka six years ago today as I write, I launched this blog on wordpress.com with a review of a Natalie Merchant concert. It followed a two-post flirtation with another blog-hosting service; occasional missives on the Hatboro-Horsham Patch from February 2012 through June 2014; and, from 1997 to 2006, the original Old Grey Cat website. (I delve into those halcyon days here.)

Visitors and views have increased every year since 2014 and, no doubt due to the pandemic keeping folks home and bored, exploded these past few months.

For those who have recently stumbled upon this blog: As the tagline up above indicates, it celebrates music, shares memories and digs into other stuff – such as TV shows, movies, history and even, on occasion, the spacetime and multiverse theories. I don’t subscribe to the notion that art exists in a vacuum; once it enters the world, it takes on a life of its own, with the viewer’s or listener’s own experiences adding to or subtracting from its power and beauty. That’s why I often expand the lens to include reflections on my life past and present.

I’m also not in the shut-up-and-sing camp; I sometimes share oblique (and not-so-oblique) commentaries on topics d’jour. However, since studies show that most folks confronted with facts that contradict their opinions tend to double down, I usually don’t see the point. (That said, the science is in: If you venture out, wear a mask.)

My most popular posts tend to be ones about Neil Young, Bruce Springsteen, Natalie Merchant and Juliana Hatfield, but I write about far more than just them. I’m a middle-aged white guy with catholic tastes, a product of my time but not a prisoner of it – especially when it comes to music. I like to look back and relive the glory days as much as the next old(er) guy or gal, but also thrive on digging into the new. In the weeks ahead, for example, I plan to write about new releases from Lianne La Havas, Courtney Marie Andrews and Natalie Duncan, celebrate the 50th anniversary re-issue of Roberta Flack’s First Take, relive John Mellencamp and Springsteen shows from 1992, and spotlight another Gladys Knight LP in my ongoing Essentials series.

I may or may not write about the new Margo Price album, That’s How Rumors Get Started. I’ve listened to it a few times since Friday, but don’t think I have anything unique to say about it beyond this: To my ears, it sounds more like a ‘70s-era singer-songwriter LP than a 2020 country set (and that’s not a knock). The powerful “Hey Child” would have fit on a Fleetwood Mac or Jackson Browne album, for instance, and the same holds true for the other songs.