Saw the great Garland Jeffreys at the Sellersville Theatre in Sellersville, PA, last night. As usual, he put on a great show.

But he’s not the reason why I’m posting. Nine-point-nine times out of 10, opening acts – especially in smaller venues – are there to be endured. Most are in the process of honing their craft, well-intentioned and personable, but… they’re just not the reason why the audience is there. Period. Folks, including myself, are anxious for the headliner to take the stage. Polite applause, disinterest and/or disrespect are common.

Identical twins Nalani & Sarina, who opened for Jeffreys, landed in that .1 percent range. They were an absolute delight. Don’t get me wrong; at 21 or 22 years old, they’re still obviously in the process of becoming. Pacing, for example, was something of an issue. They opened with four or five mid- and up-tempo songs, which was fun, but after the third one I began to think that they needed to slow it down. 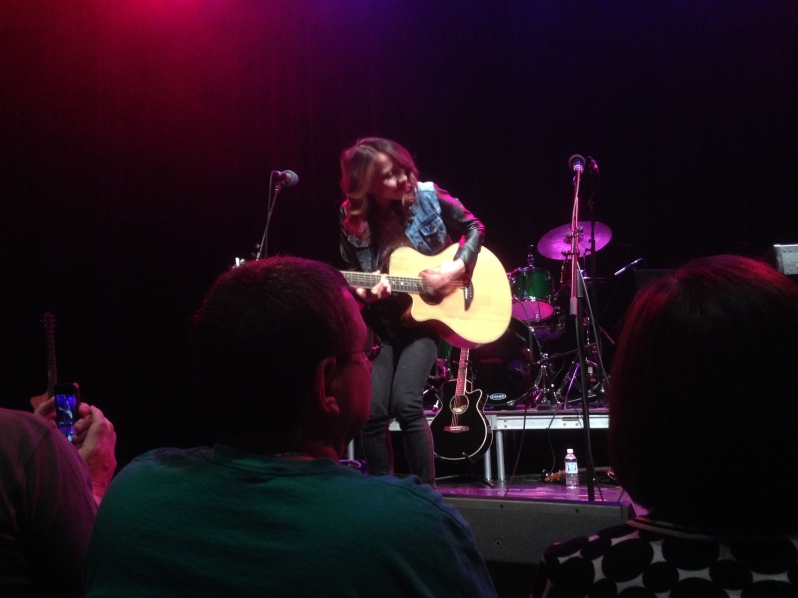 Self, I said, what song(s) could/should they do to show off their vocals and/or harmonies? Anything by Simon & Garfunkel, of course, would be a no-brainer, but so would many other songs, including the Gerry Goffin-Carole King classic “Up on the Roof.” Almost on queue (okay, two songs too late), they slowed it down with “Balloons,” a beautiful ballad. And wouldn’t you know it? Halfway through they detoured into “Up on the Roof.” Talk about serendipity!

And when they pulled out their ukuleles and launched into the “Filipino lullaby” (aka, the Ramones’ “I Wanna Be Sedated”) their grandmother used to sing them, they had us in the palms of their hands –

As I said, they’re still in the process of becoming. Singing in harmony, for example, is not the same as singing in unison. But, as Stephen Stills sings in “Thoroughfare Gap,” “It’s no matter, no distance, it’s the ride.” And something tells me they’re going to have one helluva ride.