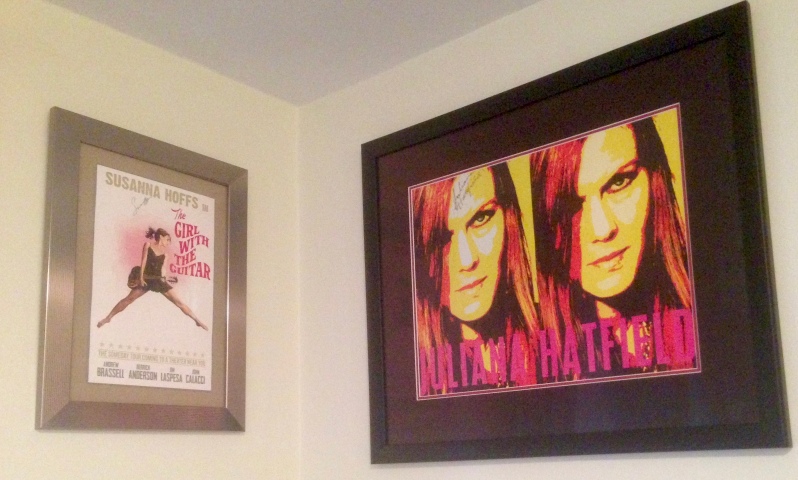 When Juliana Hatfield and the Three reunited in 2015 to record the album that became Whatever, My Love, they funded themselves via PledgeMusic. There was a cornucopia of cool premiums, from autographed CDs and photos to musical instruments, but what I’d hoped to snare—the soundcheck/concert tickets—sold out before I got there.

In years past, for other JH projects, I’d walked away with some autographed posters (including the one above, which shares a corner in my den with an autographed Susanna Hoffs poster) and other neat things, including the download-albums God’s Foot Demos, Live Nuggets and Live at Maxwell’s. I also did a 20 Questions. To me, it was and is less about what I bought and more about the music – as in, her new music. (Which is why, if you’re reading this, be sure to buy her 2017 release, Pussycat.)

Anyway, for the 2015 PledgeMusic outing, she offered up her “diary” of a momentous year in her life: 1993. That was when she recorded and released her major-label debut, Become What You Are, and toured in support of it; and pledging for it was a no-brainer for me. The “diary” is actually four-and-a-half pages on a legal-sized notepad – and an interesting read, especially when she gets to pressing the flesh in July and August:

“…I always thought the work was writing great songs and playing them with feelings. No, it’s more than that – I’m expected to give a little piece of myself to everyone until I feel drained of all vigor and individuality. I’m expected to be pleasant and witty while answering the same dumb questions twenty times in one day. I feel like a piece of meat, prodded from one pen to the next. But I’m confused because all the while, I’m grateful there are people who play my records and support what I do. I’m amazed and so lucky that I can make music for a living. I just have to remember that.”

Unfortunately, legal-sized paper is a few inches too large for my scanner. So I’ve chopped the pages in half. Here’s Juliana’s 1993… 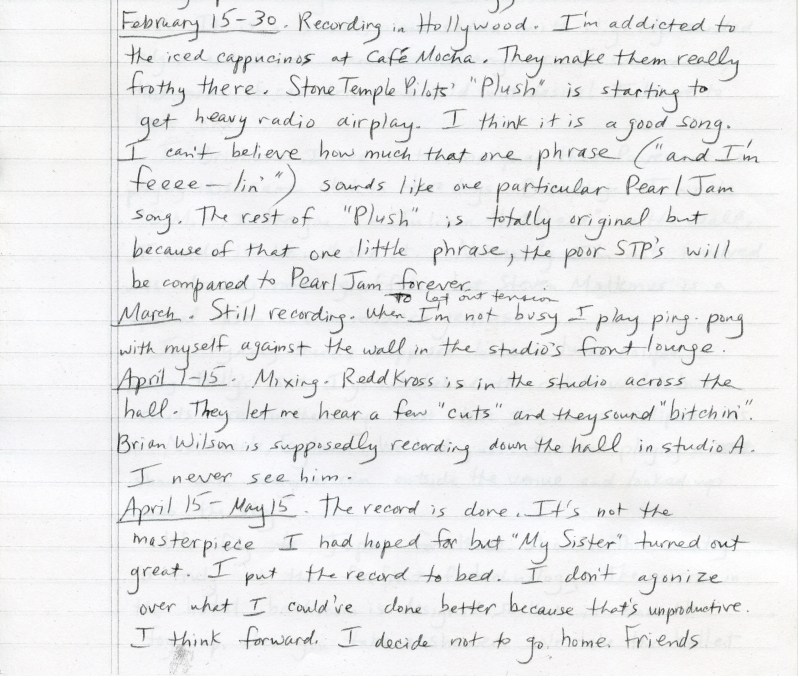 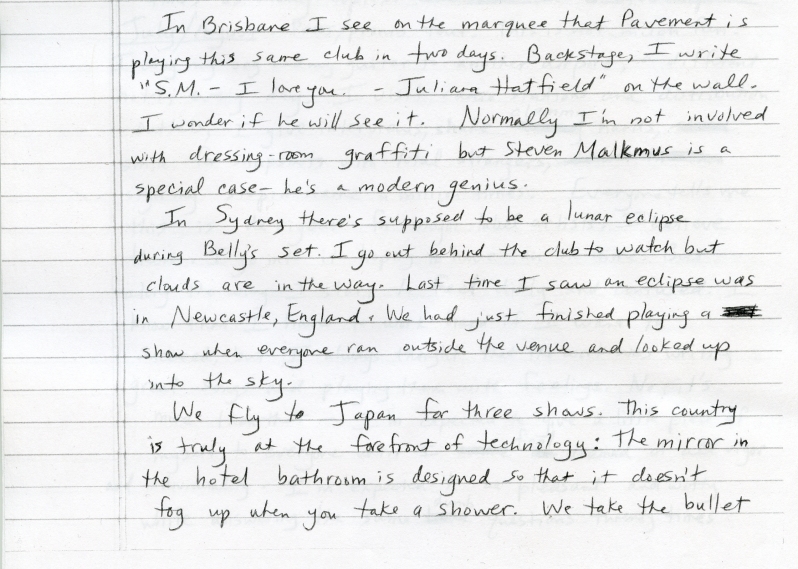 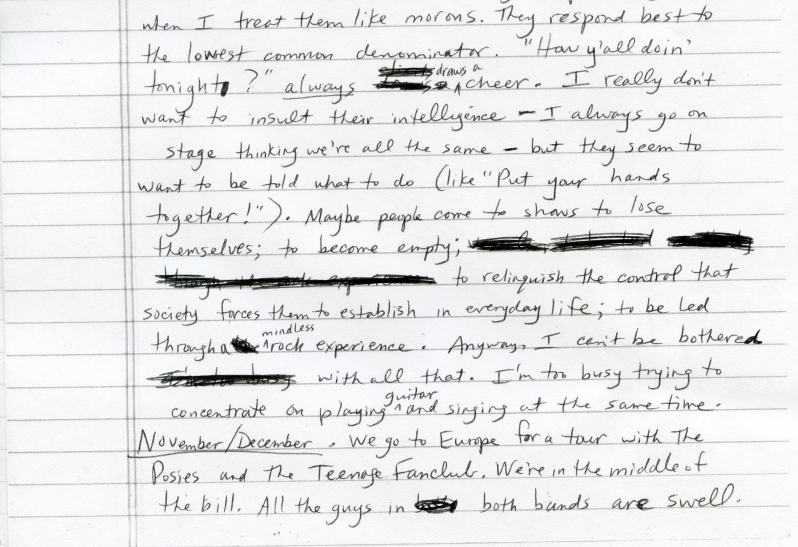