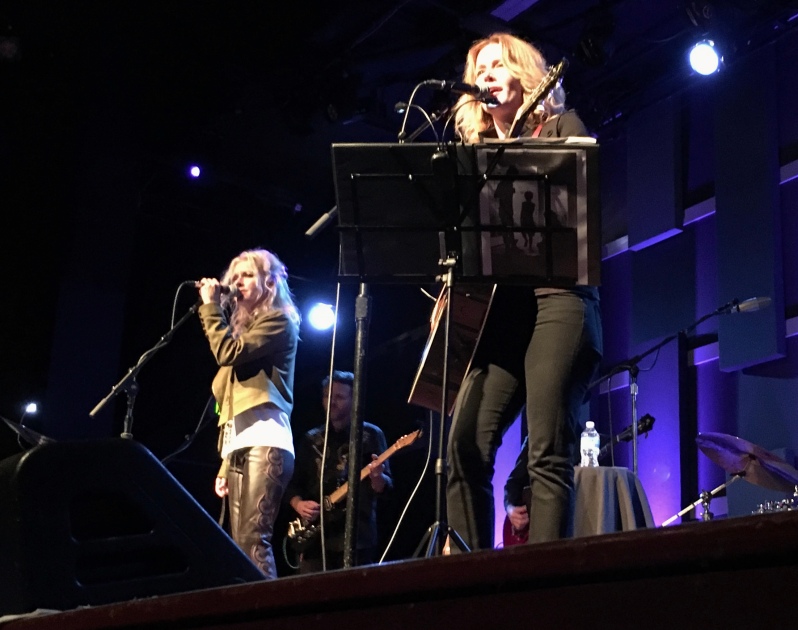 Shelby Lynne and Allison Moorer’s new album, Not Dark Yet, is a sublime set that finds the sisters adding a wondrous luster to borrowed gems penned by the likes of Bob Dylan, Townes Van Zandt and Merle Haggard, among others. In a way, it’s the sonic equivalent of jewelry row in Philadelphia – or, to change metaphors, an exhibit at the Museum of Art. Each painting reflects and transcends the reality that birthed them. But when the Moorer sisters performed the same 10 songs last night at the World Cafe Live in West Philly, it was as if those paintings morphed into a spellbinding motion picture filled with shadows and light.

Shelby, for her part, radiated a colorful Janis Joplin-like vibe. “Thank you for coming out on a Monday night,” she crowed at evening’s start, apparently unaware – until the laughter kicked in – that it was Friday. Allison, on the other hand, maintained a more restrained demeanor. But when their voices blended together as one, such as on this Louvin Brothers classic…

…or this Jessi Colter classic…

…well, what can be said? The magic they created was astounding. In a similar vein, when they weaved their voices in and out, and traded lead vocals, such as on Dylan’s “Not Dark Yet,” the stark beauty of the confessional (“Sometimes my burden is more than I can bear/It’s not dark yet, but it’s getting there”) stunned the audience into silence.

By far, the most moving moment of the set – at least for me – came with their rendition of Nick Cave’s “Into My Arms.”

On album, as the clip above shows, it’s hypnotic. But live? It’s an epiphany. I’m kicking myself now for not recording it.

I’d say the same for their entire 80-minute (give or take) show. It was a mesmerizing night filled with shadows and light, darkness and hope, the chosen songs shedding insights into life itself, though those insights are damned difficult to put into words.

One of the things I most enjoyed: their obvious affection for one another – and the music. At one point, Allison stepped close to her sister and seemed to encourage her to take the next verse; Shelby mouthed “you sure?” – and then did so with relish. And Shelby, when waiting to chime in on the chorus or take the next vocal, looked like a supernova in the midst of a musical galaxy, burning brighter with each chord. It was cool to witness.

One more thought: Obvious from the featured clips is that none of them are mine. We had front-row seats, which gave us a great view of Allison – especially when she sat at the keyboards in front of us – but a somewhat distant view of Shelby. Rather than swing my iPhone back and forth (and give myself whiplash in the process), I took a few pictures and left it at that.

Here’s a good one of Allison: 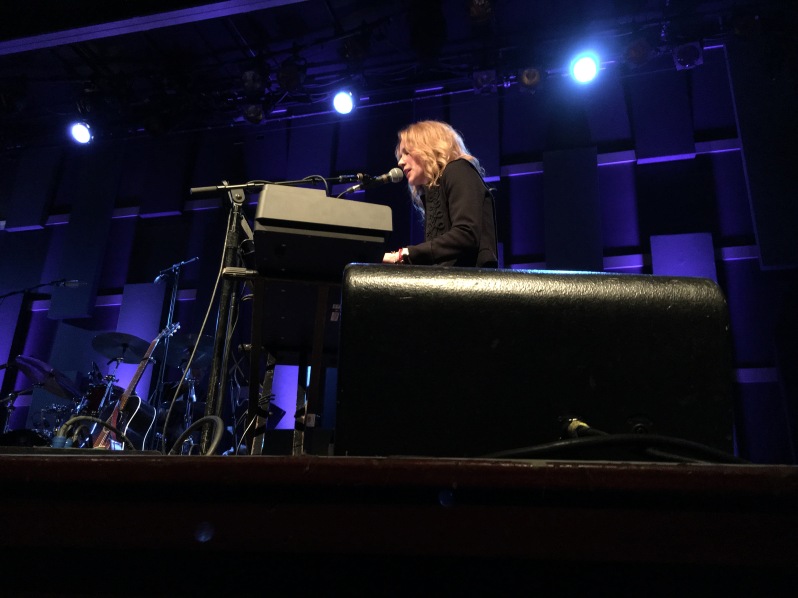